Thanks to Peter for this ride report and John Hagan for the photographs.

Peter O’Brien’s Combined Ride to Groove in Ocean Grove – Sunday 10.6.17
Five riders John H , Rolf, John M, Mike and myself set off from South Geelong Station to Ocean Grove.  We left Geelong in sunshine and rode to Leopold and then onto on to  rail trail.  As we approached the Grubb Road exit of the trail the fog had set in and this made riding a bit more difficult.  Upon reaching Ocean Grove the sunshine had returned and we enjoyed coffee at the Groove. The ride back to Geelong was via thirteenth beach and Lakes Road. A very enjoyable ride.  Distance 65kms.
Peter O. 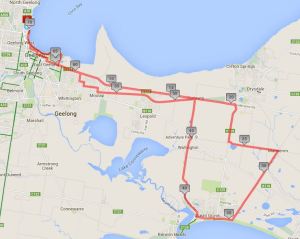 Click the map to see more detail at Map My Ride

Cyclists will pleased to know that Swan Bay Road is now sealed in its entirety.  The final section, from Grubb Road to Banks Road was completed in the last month.  This quiet country road makes an excellent cycling route on the busy Bellarine Peninsula.  Two or three of our more competitive cyclists (we leave you to speculate who they may have been) missed the turn off, so had an extra long coffee break at Groove in Ocean Grove, and also missed the lovely Collendina downhill. 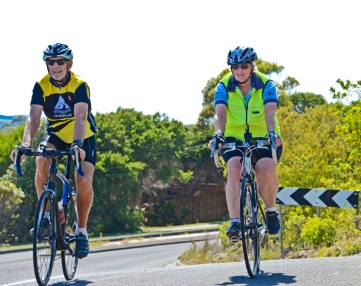 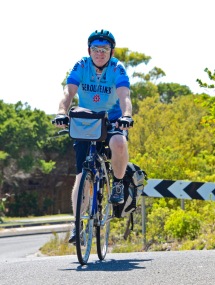 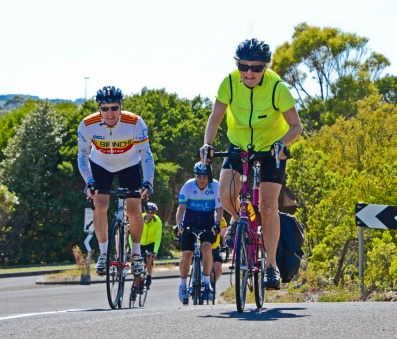 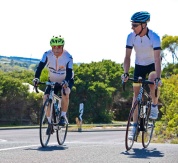 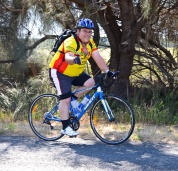 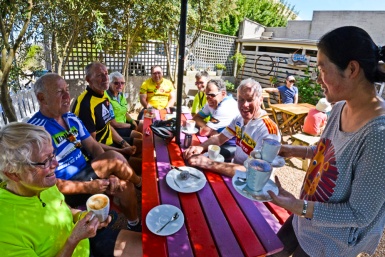 Caffeine to fuel the Wallington hill.

After the rest, the riders enjoyed (or endured) the Wallington Road and Curlewis Road hills, before completing the run back to Geelong on the Bellarine Rail Trail.  It’s good to see the large numbers of riders and walkers out on the trail this morning. 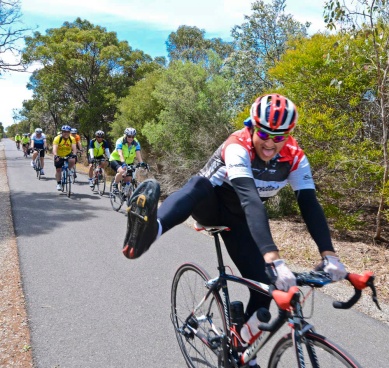 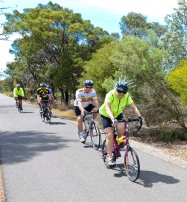 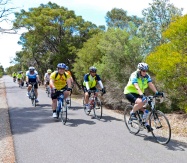 Thanks to everyone for a most enjoyable morning’s cycling, and to John H for his excellent photography. 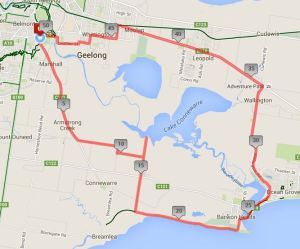 The lake is looking full and beautiful.  Coffee was at Groove in Ocean Grove.  In order to avoid the busy show traffic and congestion on the new Breakwater Bridge, the ride returned to the Breakwater from Wilson Road and wound its way around Leather Street to the old breakwater and back to the start at South Barwon Reserve.

Thanks to all participants.

This is somewhat of a historic ride for Cycling Geelong.  The circuit was first set as “Around Lake Connewarre” by Jim Day, who was one of the very early members of the club.  Jim led two special rides each year to help with the pre-tour preparation for club members attending The Great Victorian Bike Ride.  We remember Jim every year when we ride his other ride – The Jim Day 100.  This is a full circuit of the Bellarine Peninsula.  Jim put this one on the Cycling Geelong calendar because The Great Vic always has one day of 100km+ distance. 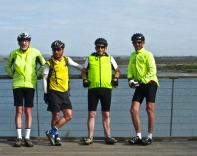 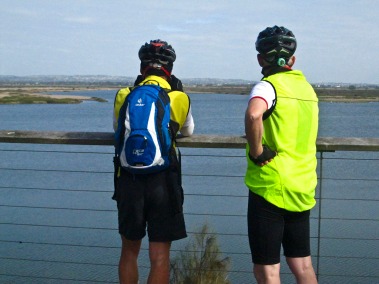 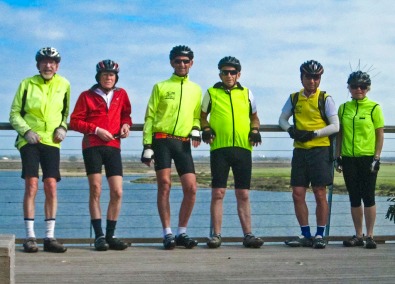 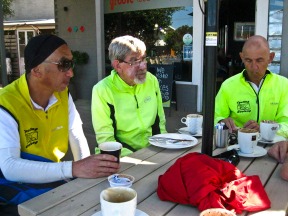 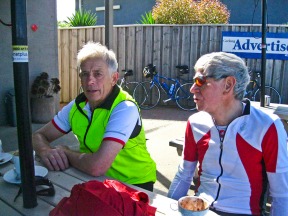 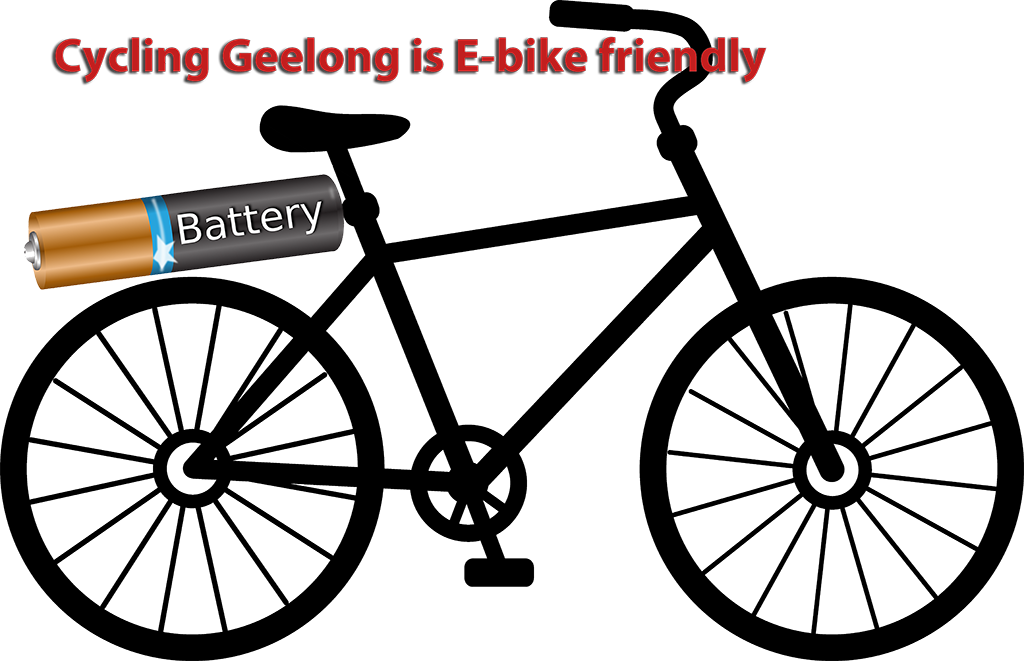 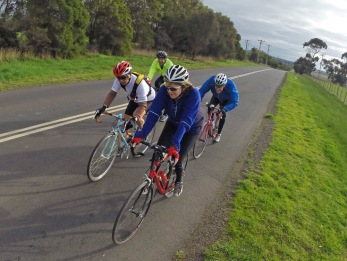 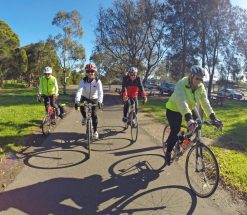 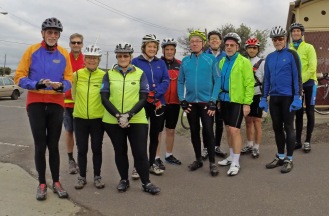 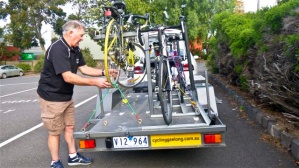 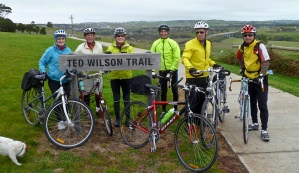 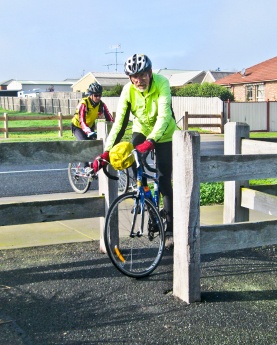