This ride was led by Ross G. from Geelong Touring Cyclists.  Unfortunately, there was only one representative from Cycling Geelong, for this most enjoyable and easy circuit ride.  Thanks to Ross for leading this ride and to all riders for their friendliness and good company.

Thanks to Ross for this report:

Ross’ Circuit of Geelong leading the Combined Ride with Cycling Geelong – Sunday 18.2.18
A good ride leader plans the ride route carefully and does their best to ensure there are no unexpected road works or other impediments or interruptions that might impact on the safety and enjoyment of the ride participants.  Unfortunately, today’s ride leader showed himself to be particularly inept in that regard, not realising there was a major event, a triathlon, happening along the planned route.  Luckily some of the ride participants do read the local papers and listen to the local radio so we set out knowing there might be quite a few detours along the way.  Helen (representing CG), Marion, Peter J, Marie, Geoff, Chris Hu and Ross managed to skirt the triathlon mainly due to Helen’s detailed knowledge of the back streets of Drumcondra. We did get to see some very pleasant suburban streets and a heritage listed concrete road along the way.  Eventually we found our way back on to the “planned” route, heading out along the bay before turning up Plantation Road and detouring around the closed section of the Ted Wilson path (which also came as a surprise to the ride leader) before regaining the bike trail. Definitely a squeeze for some getting through the partially open barriers at the Church Street exit, then continuing on to Cementies Hill (aka Hyland Street) where some of the group stopped for a close look at the silo murals, before the big run down the hill and a right turn up to the paper mills where we were greeted by a camera-wielding John H (in civvies after already having completed his early morning ride).  Luckily, the Doors Gallery Café owner had already had his first coffee of the day and was able to produce our orders in reasonable time, encouraged and ably assisted by Peter J’s waiter service.  After a leisurely break, we parted company with John, heading back along the river path, dropping people as we passed their exits. A great riding day.
A great riding day. Thanks to all for their company. Ross. 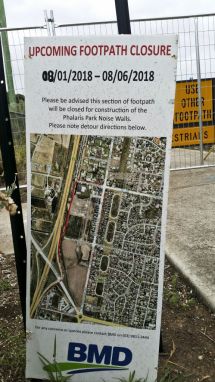 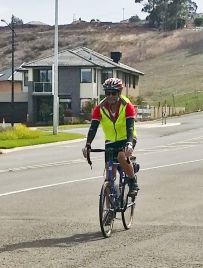 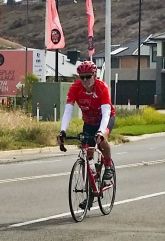 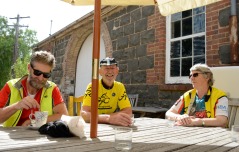 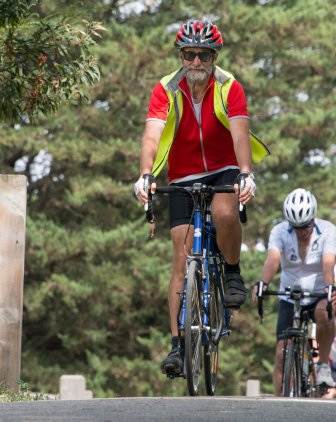 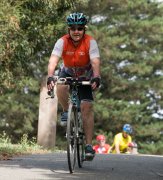 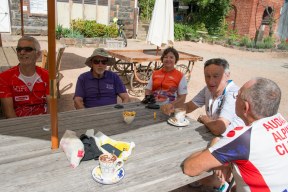