This is the last installment for now of Coralie’s cycling book reviews.

All books are available from Geelong Regional Library.

Cadence: travels with music – a memoir

The story of Emma Ayres’ (ABC FM presenter) cycle journey from England to Hong Kong, with her violin. I especially enjoyed her description of the Himalayas, ‘a steep descent on a back road (forty kilometres without pedalling) to Abbottabad.’ and a journey into China, known to be dangerous, where she ‘wished very, very hard for a knight in shining lycra’. An enjoyable book for music lovers and cyclists. 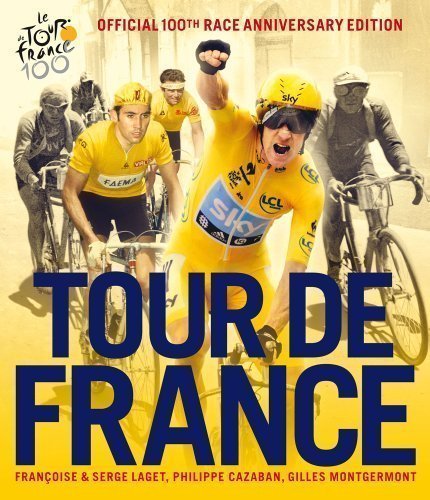 Details of the 100 races held between 1903 and 2012 (races not held in some war years). Maps of the routes, photographs of the winners, all the stories. Well-presented coffee-table type reference book. Great to see the development in bicycles. And the hills!

Each of the next three books provides a simple introduction to cycling including such subjects as choosing a bike, minor bike repairs, clothing, training, fitness, safety, helmets,  and a few subjects beyond the basics such as racing, etc.

The big book of bicycling

Emily Furia and the editors of Bicycling. 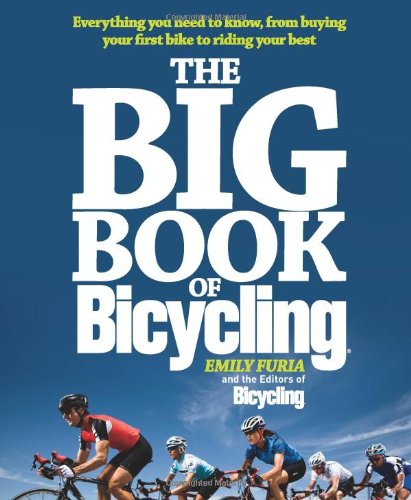 Highlights from Big book (no bigger than the other two) include how to teach your child to ride, nutrition and ‘Why I ride … it helps you have more (and better) sex. It’s true: here are five ways that time in the saddle helps you in the sack’ (p. 3) (hence the chapter on children? And ‘Eating for performance’?).

by James Rubin and Scott Rowan. 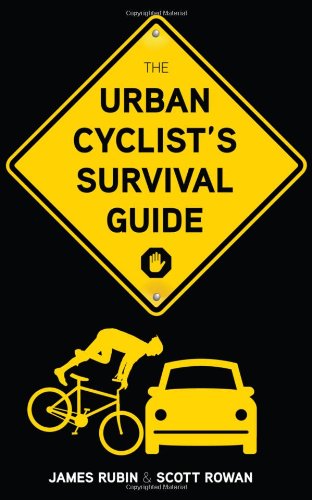 Urban cyclist’s highlights included how to handle an angry pedestrian; how to carry stuff (30 lbs of dog food in one pannier); chains and locks; and useful information much for commuters (although on the right side of the road). 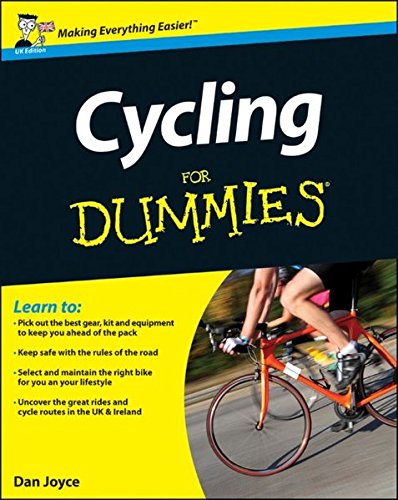 Dummies has an introduction by ‘Charlie Pickering TV presenter, comedian and cyclist’ and a less serious approach, such as finding the time to ride, decorating your bike, how to avoid magpies, and a list of good rides in Australia and overseas. On avoiding magpie attacks ‘I dismounted in the street, took my pump off my down tube and stood ready. My eyes locked with the magpie’s and we stood, me looking up, it gazing down. For a full minute we held this pugnacious pose, each intent on staring the other down. Just then a car appeared at the end of the street and my eyes dropped instinctively. Within a fraction of a second there was a fury and a flurry of black and white feathers heading straight for my face. Ineptly waving my little silver bicycle pump, I hopped back on my bike and fled’.

Thanks, Coralie for these most enlightening book reviews.  We look forward to the next edition!

If you’ve read a cycling book that you’ve enjoyed, why not send in your own review.  Email your contribution to Helen.