Le Ride is the story of the 1928 Tour de France team led by Sir Hubert Opperman who, with Percy Osborn, Ernest Bainbridge, and New Zealander Harry Watson took part in what is widely regarded as being the single most difficult race of its kind ever. Of the 161 cyclists who started the race in Paris, only 41 made it the whole way back. Over 22 grueling stages, covering 5,476km, crossing the Pyrenees and the Alps, the race itself was enough to put a fresh team, many considered a joke, off competing. But after 6 weeks at sea getting to the South of France, their troubles started as soon as they arrived in Paris.

Le Ride retraces the journey of the four Antipodeans, follows all the hardships they suffered, and puts into perspective how massive an achievement the gargantuan effort was. New Zealand TV personality and host of the American The Amazing Race, Philip Keoghan is a cycling enthusiast who retraced the steps of the 1928 Tour De France and documented the feat in this tremendously entertaining full length movie.

The venue is again the wonderful Pivotonian Cinema in South Geelong and tickets are $20 each plus a small booking fee. Any profits will go to SAS (Support After Suicide) a new organisation set up to help families and others affected by suicide. See http://www.supportaftersuicide.org.au/ for more info.

The first session is now sold out, but a second session at 6pm on Thursday March 2nd is now available.  To book go to https://www.trybooking.com/ORCU 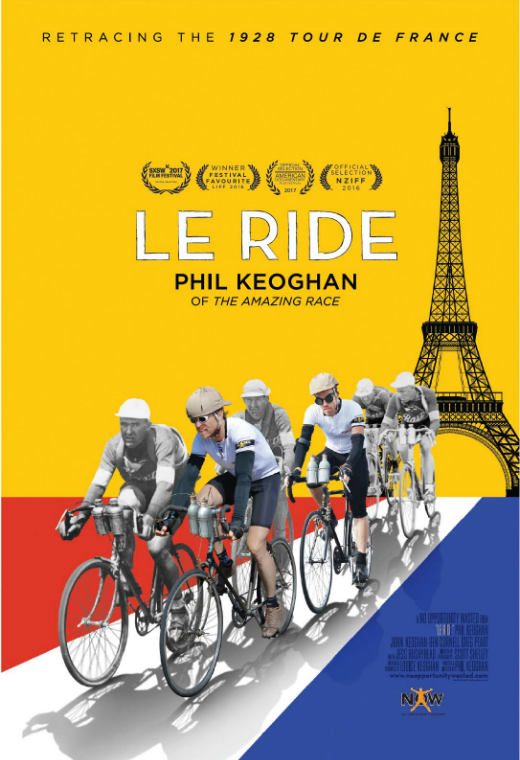