There was less excitement at the start of this morning’s ride.  Light drizzle meant snakes were not in evidence.  However, rider numbers were again in the mid 20s for Laura’s third time in a row as leader of the club rides.  Bravo Laura, this is probably a record!

The riders were joined by several others at The Breakwater, including Tina and her daughter, Clair.  By this time the weather was fine, cool and partially overcast.  Traffic on the path was light and the pedalton* made good time to Princes Bridge, passing a very large group of Life Activity Club riders going in the other direction. 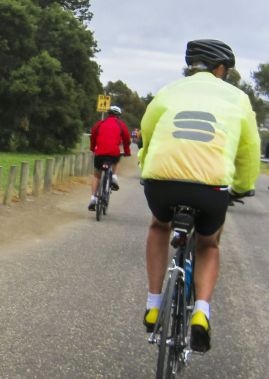 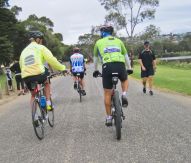 The ride continued through Highton to Fyansford with another stop at Queens Park. 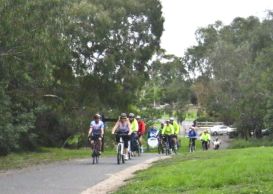 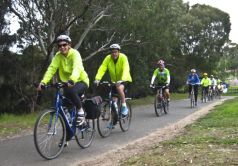 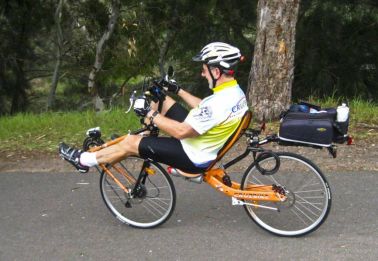 Doug on the Cruze Bike 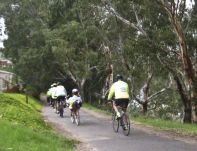 There was a function on at Barwon Edge, so the group enjoyed their refreshment stop at Fyansford at Cafe Fyans in the old Fyansford general store. 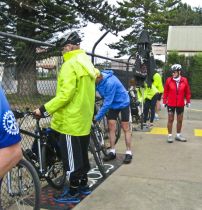 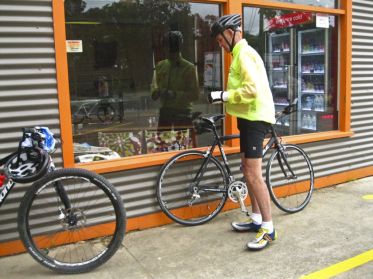 Thanks to Laura for once again leading the Saturday river circuit.

*Cycling Geelong rides are not bunch rides – much more haphazard and relaxed.  The chat is not usually about tactics, number of gears etc. but ranges over the gamut from topical issues to life stories.   Hence ‘pedalton’, rather than ‘peleton’ is the correct term.