Cycling’s Geelong’s latest social meeting was dinner at The Belmont Hotel.  Rather than a guest speaker, participants were invited to select and share a cycling hero. 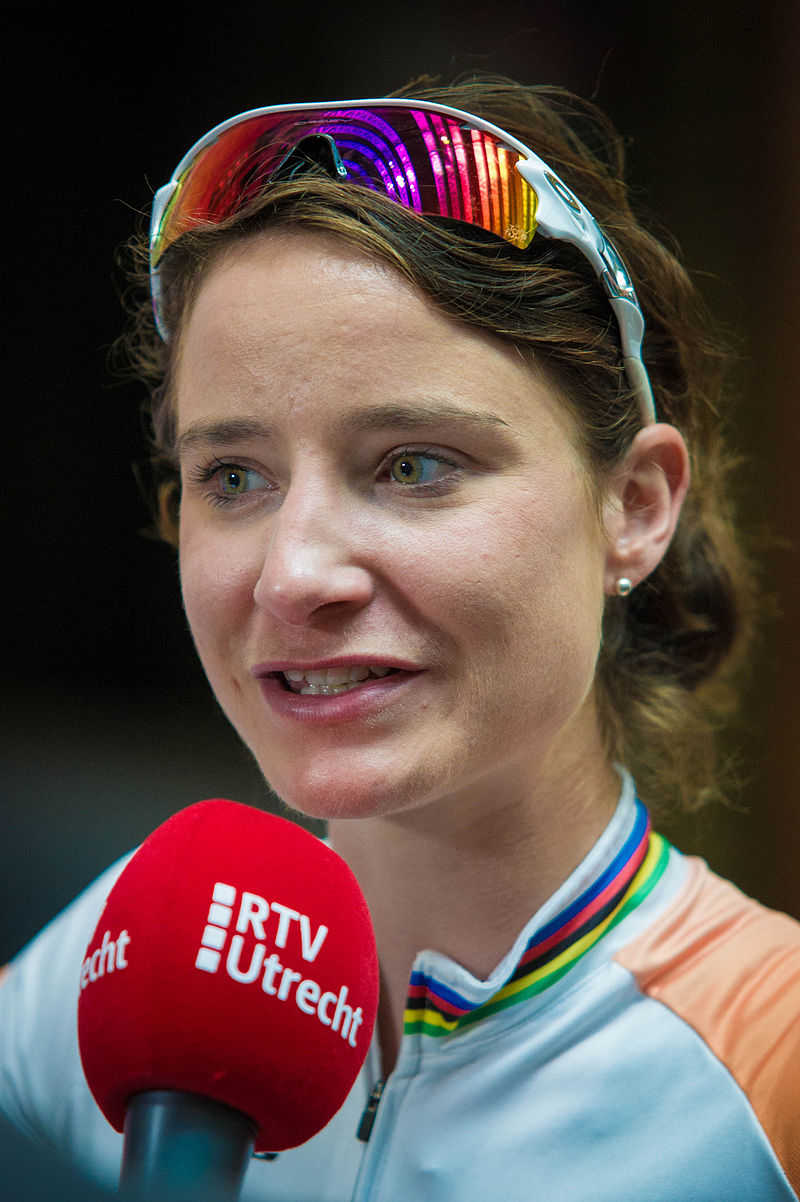 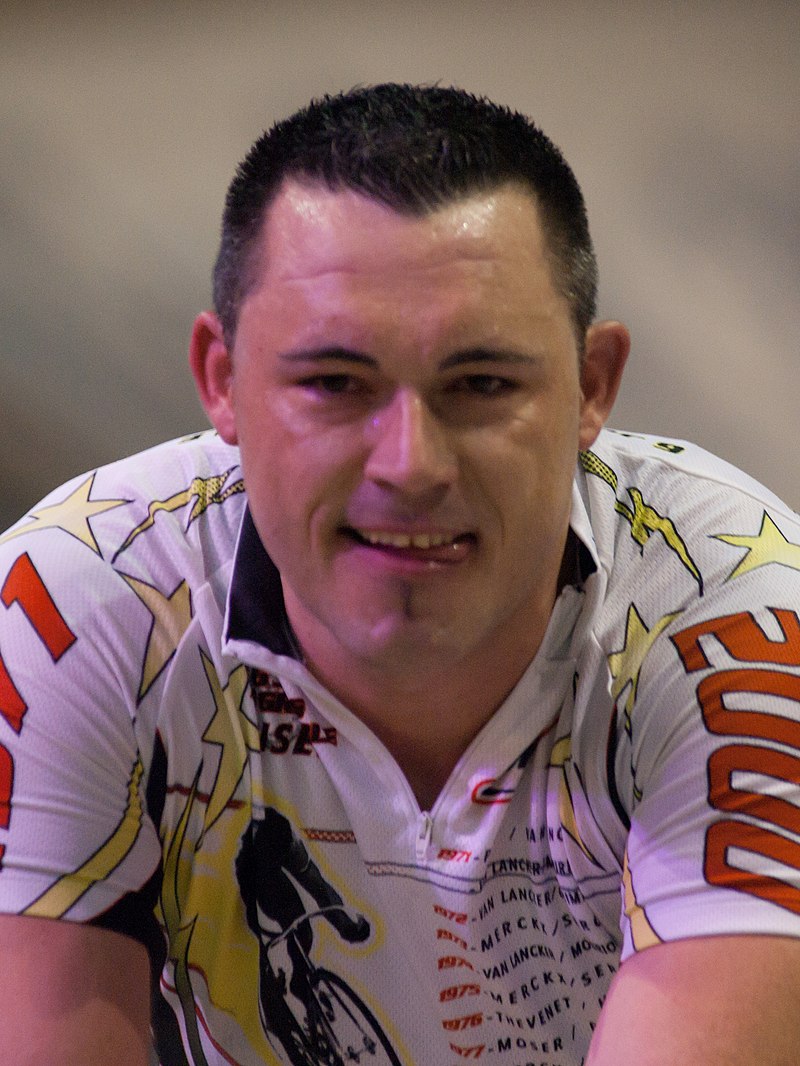 Stpehanie demonstrates the wood blocks that made the velodrome track surface. This one is signed by her hero.

David Jones’s hero is Francis Birtles, whose cycling touring exploits took place in the early 20th century.  For example, Francis made the first bicycle crossing of Australia from Fremantle to Melbourne, the first of many such long distance feats. 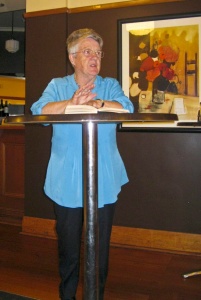 Heather’s passion is cycle racing, enhanced by a librarian’s love of reading.  Her two heroes both completed the 3162 km of the relentless route of the 1914 Tour of Italy.  However, their feats were completed 100 years apart.  The story is outlined in Tim Moore’s modern re-enactment of Alfonso Calzolari’s winning of this race – 3,162 km in 135hr17’56” – GiroNimo!.

Alfonso Calzolari on the 1914 Giro d’Italia

Maree’s hero was no surprise.  Ted Wilson is a hero of cycling as a mode of transport – who re-established the bicycle unit of Victoria Police, was principal in establishing the Geelong Bike Plan  – of world renown, creator of the Bike Ed program for children – the list goes on.  He was also Maree’s personal hero and inspiration, work and life partner and friend.  We await the book, Maree, and think of Ted every time we enjoy riding the Ted Wilson (Ring Road) Trail. It’s almost 10 years since Ted’s untimely death.

Maree with a caricature created for Ted’s retirement from Victoria Police.

Helen’s not into racing (when choosing a recreation, as ‘the lazy cyclist’, she chose one where she could sit down).  Her hero is a club member who rescued an exhausted cyclist on a club ride to Christmas lunch at a winery near Anakie Junction.  As the cyclists turned into Carrs Road, a car pulled up, and a lady dressed to the nines in heels, hat and best frock jumped out.  She then exchanged her car for Marylin’s bike and helmet and rode the remaining 10 or more kilometres to lunch.  This included a long and steep ascent in Granite Road.  Coralie Jenkin is Helen’s cycling hero.

President John Miro’s hero is not a racer, (though Cadel Evans comes high on the list) but a cycling saviour.  On one of John’s early rides with the Wednesday Wanderers he suffered that bane of cycling – two punctures in short succession.  The group was riding the Ballarat Road, near Meredith, and John had assured them that he was OK, and would fix the second flat by himself.  After a long arduous search to fix the problem, he set off again and was amazed when a white van traveling in the opposite direction did a U-turn and pulled up down the road.  It was Gerry Stout – one of the riders, who had raced back to the starting point, jumped in his car and come to the rescue.  Those who know Gerry will know that this incident isn’t an isolated example of his cycling consideration and courtesy.

Kelly’s cycling hero is a family member – his big brother John.  Despite suffering horrific scald burns as a child, followed by multiple operations and painful recovery, John was a serious racing cyclist who initiated little brother Kelly into the sport.  John was riding Open events by the age of 16.  Kelly says John was a generous lead-out rider who should have won many more races – but led out others, including Kelly, so they could take the prize.

Russell recounted many early racing experiences – including such greats as Sid Patterson, Fred Harris and Russell Mockridge.  Russ talked about riding down to Frankston on the weekend, where his group met up with the pros and raced back to Brighton where they all cooled off, bike gear an all, with a dip at the beach.  He’s inspired by Cadel Evans, feeling that his drug free career makes him a true cycling hero.

Despite having a heart-throb racing hero, Stephanie’s real cycling hero was her father, who, for 35 years, rode his bike from home on one side of the city to his job at the college on the other six times a day (coming home for lunch, rain, hail or shine).