Nine cyclists set off for Torquay on a cool morning with a strengthening southerly wind.  Two Cycling Geelong members (Mike C and Helen – the leader) were soon joined by John M.  From GTC Pam, Ian, John H, Rolf, Noel with his son Clint were joined  part way along the new Anglesea Road bike path at Waurn Ponds by Ross who had cycled from Torquay.  Unfortunately, Pam’s aging chain, which stood up well on her recent tour from Sydney to Harvey Bay, chose today to part company with the bike.  Luckily, her son’s house was nearby and she had to accept a petrol driven tin box ride home to Leopold.  The cyclists continued to Bellbrae on Anglesea Road before heading to Torquay along the Ocean Road – a fast ride with wonderful rolling vistas of rural farms and ocean.  Coffee was at Kobo – newly renovated, though the outside area is currently still closed.  The tail wind led to a fast return along Horseshoe Bend Road.  Once in Geelong, people went their own ways, with only Helen and John M returning via Rippleside.

Thanks everyone for the most enjoyable ride. 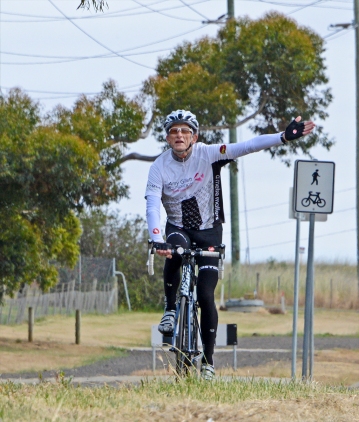 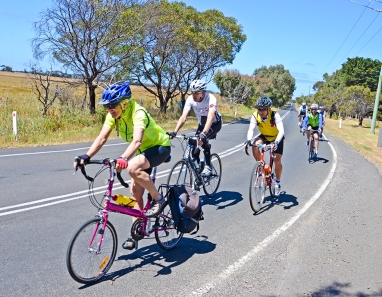 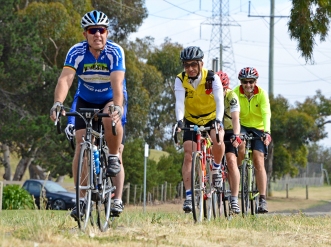